During June 2018, our UK team spent 3 weeks in Romania, in different trips, each made for a different reason. One of our unusual trips was to help our supporter Rob Groves on his personal challenge to complete a marathon 26.2 miles on the streets of Bucharest – in his wheelchair…

We set off from the UK with other supporters including Paul Guest, also paralysed after being hit during a bomb blast in Afghanistan. It was to be a life changing adventured in Romania.

Our first stop was to one of the government public shelters, where we witnessed indescribable sights, heard the screaming and barking in our ears, which we can still hear now in our minds, and will do forever. We rescued 5 pups from the public shelter – from a certain death, including a pup who Paul named Vic and sisters Anna and Bella: 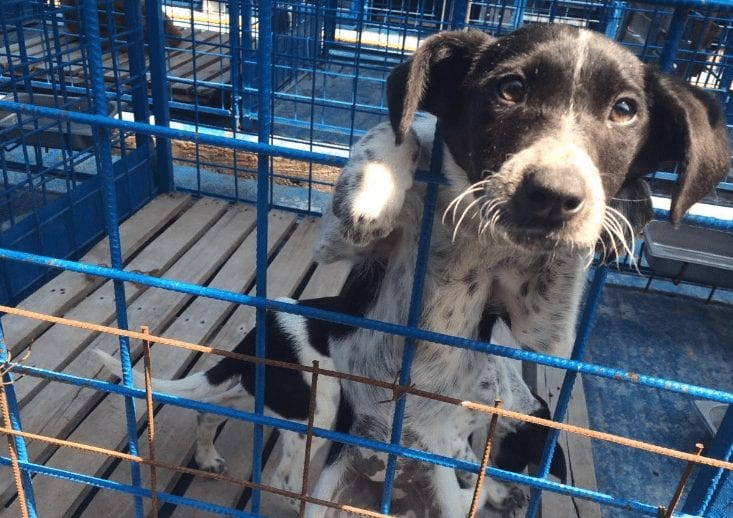 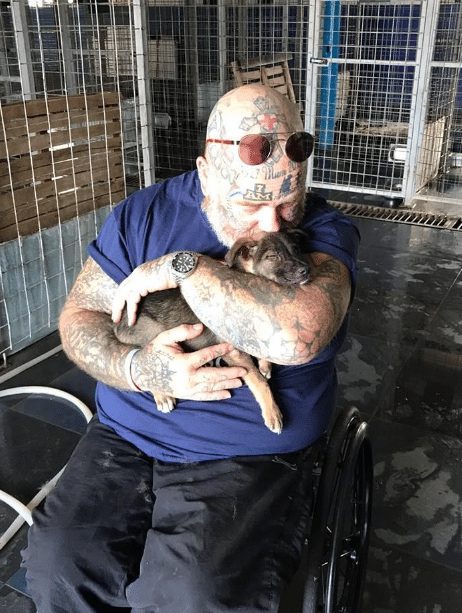 Our trip continued and we went to spend time with 20 paralysed dogs. Most of these had been deliberately run over by cars, and most would never be adopted.

It has been Rob’s dream to spend time with them, and his marathon donations raised the money to buy 4 new wheelcarts for these dogs – such a huge achievement! 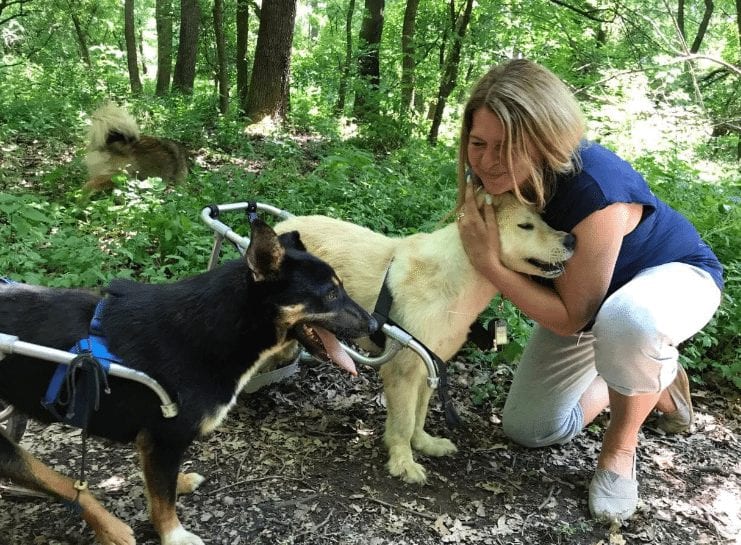 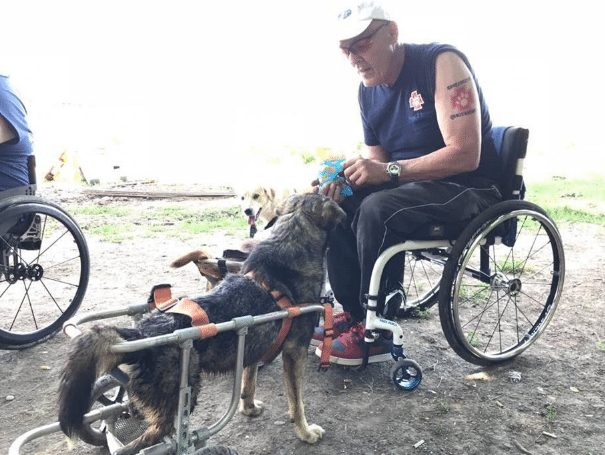 The marathon was the most amazing achievement. Never before have disabled (although more able than most of us) people, run a marathon on the streets of Bucharest to help disabled dogs. In temperatures soaring into 30C plus, they flew along the streets, making us so proud of them. Roxana Dobrica, Romania’s paralysed Olympic hopeful, joined in our marathon too, along with Ovidiu Rosu from the Wildlife Centre in Bucharest: 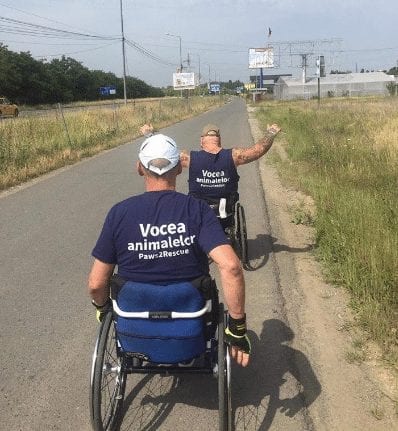 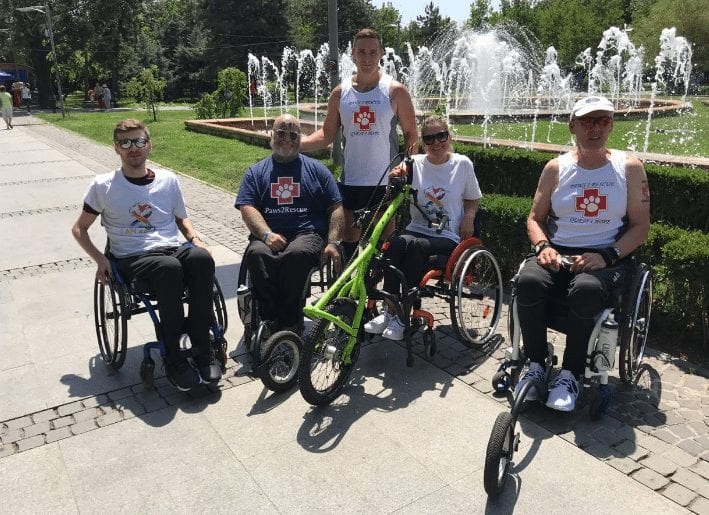 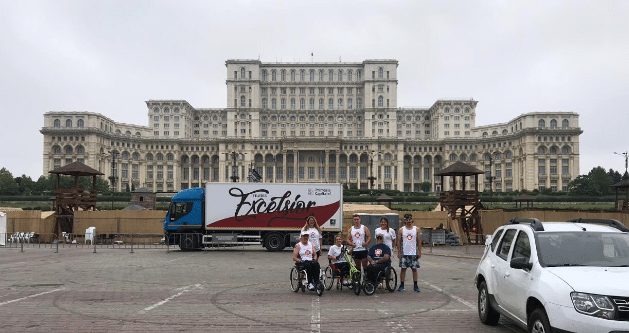 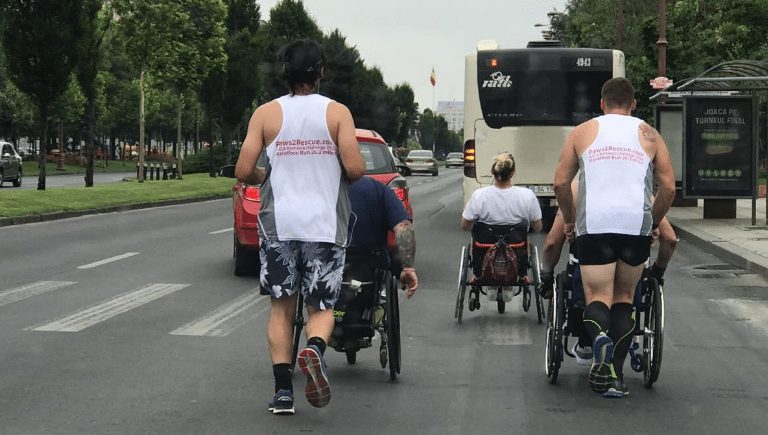 At the end of an astounding marathon, Paws2Rescue had organised a huge community event called Eu Pot, or, I Am Able. We were joined by children from schools in Bucharest and Jilava counties, disadvantaged children, blind children, we were joined by the paralysed dogs from Kola Kariola charity, by Save the Horses Romania and the Wildlife Rehabilitation Centre that we support. The leader and friends of the ALDE political party joined us, as did Romanian national TV too.

It was a huge community event to promote the rehabilitation of animals, animal care and for the children to prove how awesome they were during the 5km fun run. 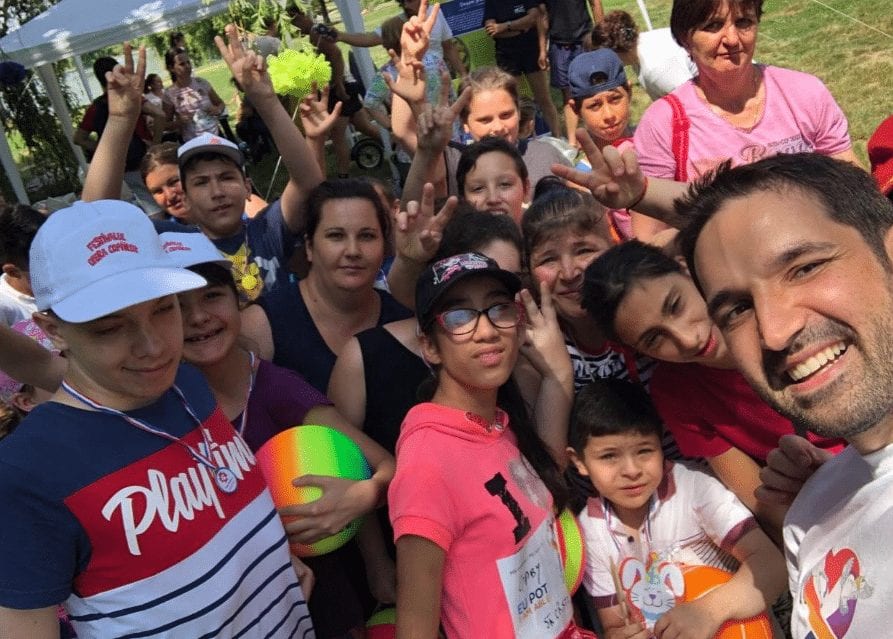 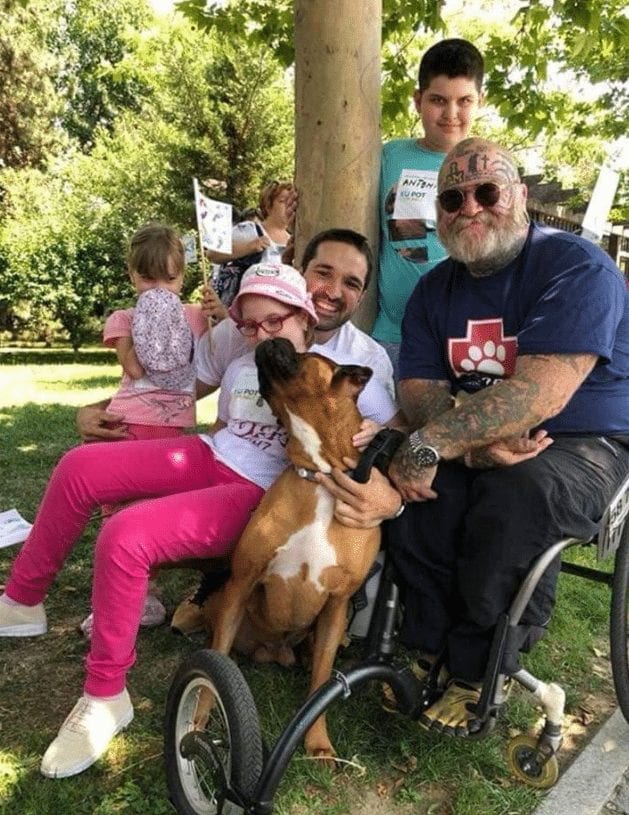 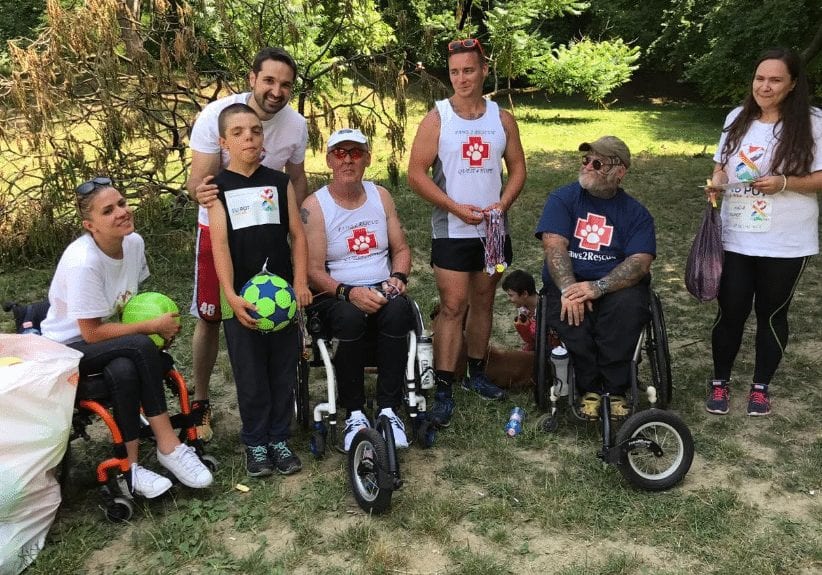 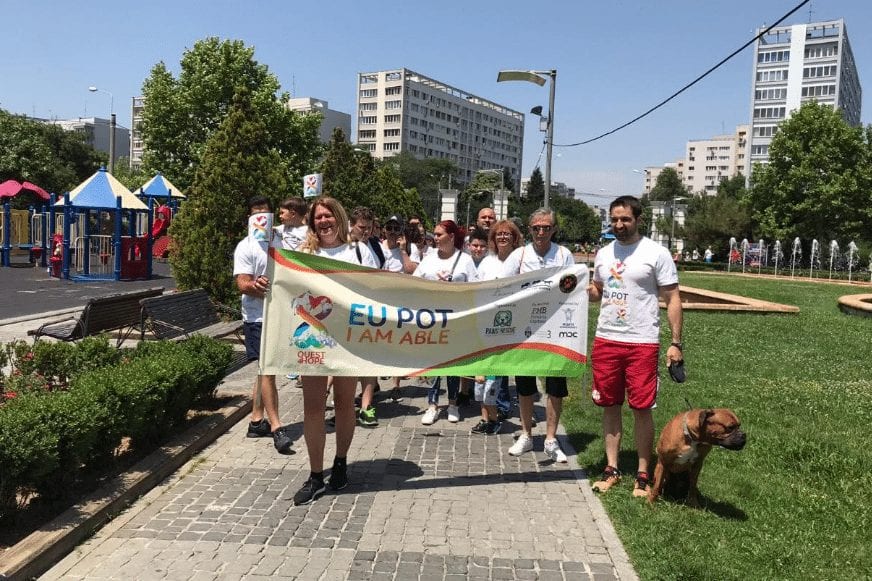